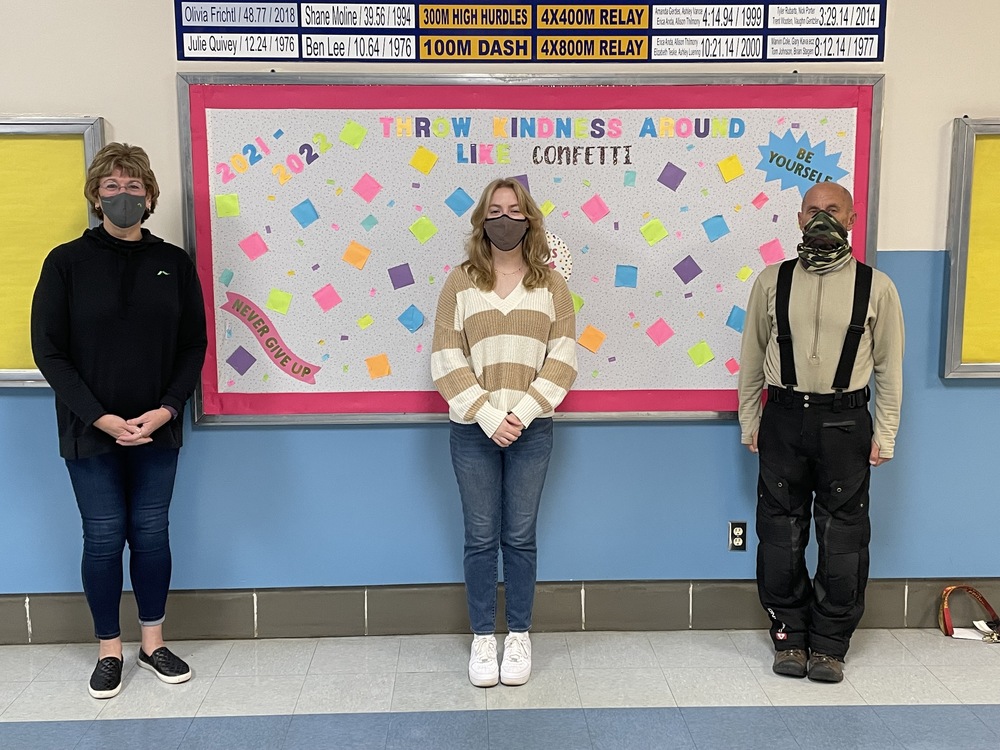 Mallory Johnson of Loda has been named student of the month for October at Paxton-Buckley-Loda High School.  Mallory is the daughter of Michael and Stephanie Johnson.  She was nominated for the award by her band teacher, Tim Hess.

Mr. Hess stated in his nomination that Mallory has maintained an exemplary academic and attendance record.  He also mentioned that, “Her most recent notable achievement has been the selection as an All District Flautist by the Illinois Music Educators Association.  Ms. Johnson was in competition with hundreds of other flute players throughout the central Illinois region.”

Mr. Hess declared, “During the marching band season, Ms. Johnson has earned the leadership position of drum major for the Panther Regiment Marching Band.  Ms. Johnson is the top student leader of the band and as a result is the leader of all student centric activities.”  Also expressed by Mr. Hess was that, “Outside of the normal high school band activities, Ms. Johnson has supported the community by leading performances for the 20th Anniversary of Paxton 9/11 Observance, the Gold Star 500 Mission, as well as a performance at the Danville Veterans Hospital.

Mr. Hess concluded by saying that Ms.Johnson ranks as one of the best students he has ever taught and a natural leader whose leadership skills deserve to be honored by being selected Student of the Month.

The student of the month award is sponsored by the Farmers-Merchants Bank of Illinois.  The award recognizes PBL High School students who demonstrate the school district’s mission of “Excellence through rigor, relevance, and relationships.”  Teachers nominate students and the winner receives $50 and the other nominees receive a $5 Just Hamburgers gift certificate.  The other students that were nominated for October Student of the Month are Leah Eyre, Cali Jones, Layla Ostendorf, and Jordan Walder.  Congratulations to all of the nominees and our winner, Mallory Johnson!